6. Weighing of lightweight rowers: location is Willem III Rowing Club, downstairs in the boathouse. Time slot is between 3 and 2 hours before the start of the division.

7. There is no coxswain meeting this year. The instructions for crews and their coxswains is on-line available on the coxswain site.

10. Blue flags are handed out to the fastest Dutch club crew in the Men’s and Women’s category.

RULES OF RACING FOR THE HEAD OF THE RIVER AMSTEL 2020

The race is open for Eights and Coxed Fours and for crews who are a member of a rowing club that is affiliated with the Dutch Rowing Federation (KNRB) or any other member of the FISA. The race is held under the regulations of the KNRB and the exceptions and special provisions named hereafter.

The race is divided into several divisions. The 1st Division is completely unrestricted and meant for Elite crews. The 4th Division is restricted for Freshmen’s crews only.

The fastest club crew of the 1st Divison in the men and women league, wins the Championship of the Amstel. To symbolize this Championship, this club is allowed to carry a long blue flag on the flagpole of the boathouse for the remaining of the year.

For all the times specified in these regulations, the formal contest time is used, as given by the time data of KPN Telecom (0900 8002).

The Regatta Organization accepts no liability for any damage to material of participants or visitors or participants themselves during the competition.

The races are organized as time trials. The time to pass the complete track is measured for every single crew. The winner is the crew with the fastest time. In no case there will be an opportunity for a row-over.

Any changes in the crew composition, in accordance with rule 38 of the RvR*, should be passed to the Regatta Management. The way it has to be communicated depends on the following:

Except for the Masters divisions, the starting order for any division is based on the results of the previous year within that division. The first starting position is assigned to the fastest club crew from the previous year. The club crew of the club which finished in 2nd place will start as 2nd and so on. Mixed club crews and new entrants will be placed after the last club crew. The starting order of these teams will again be based on a draw. Upon enrolment of more crews per club in the same division, the number that the club assigns to its crews is used to place the crews. So the crew with number 1 receives the best result of last year.

For Masters divisions, the ranking is determined in 2 steps. First, we determine whether a crew ‘matches’ with any crew from the previous year. A crew matches if a crew includes at least 50% of last year’s crew members (cox excluded). Then, from the pool of matched crews, the fastest 50% is seeded (based on the results of the previous year). The other 50% and all the crews that do not match, are unseeded. Their starting position is assigned behind the seeded crews and will be based on a draw.

The three shirt numbers are available

There is no coxswain meeting this year. The instructions for crews and their coxswains is on-line available in the video on the coxswain page.

A minimum age of 15 years is mandatory for the coxswain, counted on the day of the race.

In accordance with article 7, paragraph 3 of the RvR* , coxswains of Masters, Club-, Mixed, Corporate and U17 crews are NOT weighted. The weighing of the coxswains of the other divisions (1st, 2nd, 3rd and 4th Divisions and U19 Divisions) is on both days between 3 to 2 hours before the first start of their own division in the ergometer room of the boathouse of Willem III.

The weighting of the LIGHTWEIGHT crews is on Sunday between 3 and 2 hours for the first start their own division in the ergometer room of the boathouse of Willem III.

During certain periods in the weekend the river Amstel between Amsterdam and Ouderkerk is only allowed for crews who will participate in the races. Any other crew that will not participate these races is not allowed.

The instruction of any steward or official has to be followed immediately. An instruction that is ignored and that causes any disturbance in the proper process of the races, can be penalized with a 15-second penalty.

There will be separate pontoons for on boarding (or launching) and returning crews.

11. TOWARDS THE START AND AFTER THE FINISH

It is allowed to continue with rowing in the travel lane when another (racing) crew in the race course is passing by.

The travel lane (which has to be used for rowing towards the start and rowing back to the boathouses after the finish) is on the side of Willem III (East side of the river) and is marked with yellow and orange buoys.

In the travel lane, all crews have to stay to the most starboard side of the river and have to respect the crews in the race course which have already started the race.

Crews can only cross the bridge through one of the allowed openings. Choosing a forbidden opening results in disqualification.

Toward the start and after the finish, only the following openings are permitted:

Crews that want to row towards the start are not allowed to pass checkpoint T1 (at the Weespertrekvaart) within 30 minutes before their own start time.

The first checkpoint T1 is placed close the boathouse of RIC, nearby the Duivendrechtsevaart.

The second checkpoint T2 is nearby the Roozenoordbrug . Crews have to report themselves at the marshal in the umpire boat by raising their hand. From this point onward, crews are only allowed to move in the direction of the start (Southbound), and as much as possible in the starting (numerical) order.

The last checkpoint T3 is nearby the bridge at Ouderkerk. Crews must have passed this checkpoint within 15 minutes before the start time of their division.

After passing T3 crews have to row on till the turning zone in Ouderkerk.

Crews who have passed checkpoint T3 too late, can get penalized with a 15-seconds penalty. It can also lead to being placed at the far end of the Division.

The length of the course is 8 kilometer for all crews.

The start is located in Oudekerk, close to the Oostmeerweg. The finish is located in Amsterdam, just before the Nieuwe Amstelbrug .

The Finish Line is marked by two poles with a red flag.

During the race, the buoys that split the race lane and the travel lane, have to be held at port side.

As can be seen on the course maps, extra buoys have been placed for safety reasons. These additional buoys are placed nearby the Amstel canal, before the Big Bend and before the finish. These buoys have to be held at starboard side.

A crew that passes a buoy at the wrong side or a crew that leaves the travel lane, can be penalized.

17. BRIDGES during the race

Crews are only allowed to cross the bridges through the openings that have been permitted. Passing a bridge through a forbidden opening leads to disqualification.

During the race, only the following openings are permitted:

In accordance with article 50 of the RvR*:

A crew that ceases during a race, has to leave the race course as soon as possible, but without hampering other crews. A ceased crew is allowed to row immediately to the travel lane so that it can return to its boathouse. When a crew already ceases before it has passed the boathouse of Willem III, it has to use the travel lane and hinder the crews heading towards the start as minimal as possible.

20. CONTINUE PADDLING AFTER THE FINISH

After the finish in Amsterdam, all crews have to continue paddling and are only allowed to turn over after the turn buoy. After having turned, only the rowing lane at portside is allowed.

Protests should be made visible by raising your hand as symbol of the protest. Protest are registered by the Umpire, responsible for protests. This Umpire is based in a motor boat, immediately after the finish. Every protest must be explained in writing, by using the available protest forms at the Jury Secretary, within one hour after the finish of the race. The Jury Secretary is located at the boathouse of Willem III. The protests are handled by the umpires which are member of the Board of the Jury. The Board of the Jury is located in the boardroom of the boathouse of Willem III.

The medal ceremony can take place after the Board of the Jury has determined the best three classified crews of every division.

24. DEVIATIONS FROM THE RULES

Special circumstances and the extent of good sportsmanship, may lead that deviations of the rules described above are applied. 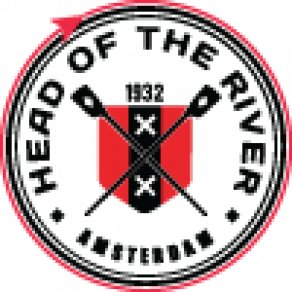 Head of the River Amstel 2020 cancelled!

The Dutch government has… 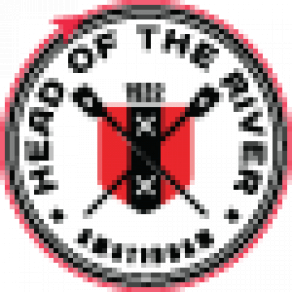 Development around the Corona virus

In light of the…